In the midst of finger-pointing and the blame game … 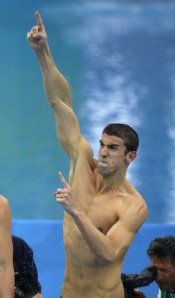 it’s back to square one for Team Philippines as the debacle in Beijing takes center stage at next week’s sports summit of sports leaders.

I strongly suggest that the country, aka GRP (to align with GB, host of the 2012 Games), concentrate in the following events where I am certain our sports leaders can easily take podium positions:

Finals of the sleeping on the job race: 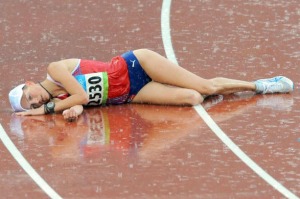 Finals of the sweeping our problems under the mat: 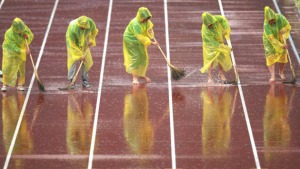 Finals of easily giving up on peace and love:

Finals of not taking full responsibility: 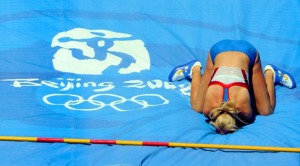 And lastly, please do not blame poverty, in the Finals of biting the hands that feed us and eating the goose that lays the golden medals:

I’m pretty sure that the GRP would win hands down in these six events in London.

(Thanks to the wonderful “Celebration time” and “Weird Olympics photos” from www.guardian.co.uk)

I salute China for the successful Beijing Olympic Games. What started on a lucky date 08-08-08 ended up for the host getting another lucky number – a perfect score, 100, – for its total medal haul. It has the most number of Olympic champions at 51 gold medalists. It also earned 21 silvers and 28 bronzes.

The new sports powerhouse has bested perennial medal leaders the US and Russia.

I doubt if China could have achieved this feat had it been awarded the hosting of the Summer Games four years earlier in 2004. The added four years gave China time to prepare well to be crowed today as the champion of the 2008 Olympics.

Young Chinese shooter Pang Wei became the first male athlete to win gold in Beijing. Its the second for the host to lead the medal tally. He won the Men’s 10m Air Pistol finals.

It’s Katerina Emmons of the Czech Republic who struck the first gold in the Beijing Olympics. She vested 46 others in the Women’s 10m Air Rifle. China’s Du Li finished at a disappointing fifth.

I was way off my mark, just like the Philippines first competitor in trap shooting. Eric Ang was 2nd at the bottom after the first round.

As the competitions for the 2008 Beijing Olympics commence this morning, many are anticipating who would win the first gold.

I believe host China would take the first gold medal. Place your bets …

Chen Xiexia in the women’s 48Kg Weightlifting or …

Weightlifting starts at 10 and Air Rifle at 1030. The results should be out very soon.

In men’s competitions, the first gold would be contested in Cycling’s Road Race, which reels off at 11. The event will start in Beijing and end at parts of the Great Wall. A total of 143 cyclists will answer the starting gun.

Eric Ang would be the first Filipino Olympian to see action in Men’s Trap Shooting Qualification, which just started.